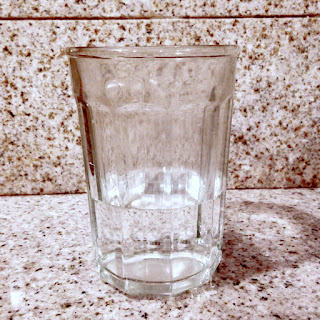 So…I don’t generally have a problem with asthma. It’s something that I really stopped suffering from in high school. But about two months ago, my Brita water-filtering pitcher was empty, and I decided to get some water from the tap directly. It tasted a little off, but I didn’t think that much of it, since I didn’t know what our unfiltered tap water tasted like.

A short while later, my asthma had me breathing with a bit of difficulty. I didn’t make a connection though. Numerous things can cause flare ups.

In the next couple weeks, I would start making daily smoothies with ice from the refrigerator, and within a couple days, I noticed a SERIOUS change in effects on my breathing. For days, I tested all of the ingredients I was using for possible reactions: kale, sweet potato, banana, ginger, etc. Those seemed to have no negative effects on my breathing. I was clueless.

The only adjusted factor I could think of was…the ice? While breathing heavily, I stared at the refrigerator and wondered if this was really the source of my problems. I grabbed a glass and tasted the water from the refrigerator dispenser. It was a bit off, just like it was when the Brita filter was empty, but would I have an asthma attack from the water? Nothing else was out of the ordinary. I dumped the rest of the water out and started making smoothies without the ice.

Hmmm…I felt better the day after. But was this just a coincidence?  I made another smoothie with ice from the fridge. Bingo. About a day later my lungs were tired and I had a slight headache.

I drove to Sprouts and picked up several bottles of spring water (specifically not a filtered brand). For the next month, the only water I would drink from and cook with was from Arrowhead. After a month of testing, I can safely say that I breathe A LOT easier by drinking the bottled spring water.

In fact, the Brita-filtered water was holding me back from really knowing how weak my breathing was. It took the ice test to make me realize it. Now I’ll have to get our water tested to see what the hell is coming through the pipes in this area. I’ve been in this area for about three years and it’s never been much of a thought.

So I’m doing great now. I breathe better, sleep better, and generally feel better.
Not sure of what to do about ice when the summer rolls around again though.