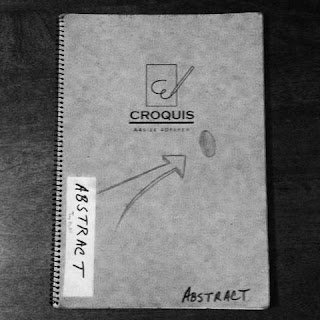 UPDATE: No one really supported The Trap Vector, so I shuttered it in favor of continuing to work on The 8BitCubist

I’ve spoken about this briefly in other places, but I wanted to give a more proper explantation of The Trap Vector project. There’s enough information to go into that I’ve decided to break this posting into 7 parts.

This is the part where I define how The Trap Vector came to be.

Around 2011, I had just been laid off of my job at Rockstar San Diego, and I was beginning to become a little disillusioned with my career in the game industry and life. I had let politics wear on me, my family wasn’t doing that great, my social life wasn’t where I wanted it to be, and in general, I felt like I was fighting to stay afloat in quicksand.

I knew things had to change or I would fall into a pit of despair that I couldn’t pull myself out of, so I started changing course with a lot of my activities and really jumped into the fine arts, fashion, writing, improvement strategies/tactics, and started expanding my horizons.

I hadn’t felt that energized in a long time. In fact, the last time I felt like that was that time period in my life when my parents worked with me to expand my mind in numerous ways. It was a synergistic experience. I was that curious kid that wanted to see and learn everything I could. Over several years, they worked with me to give me powerful perspectives and insights on life. They had been to many different countries, met so many people, and seen so many different things that they felt it would be a shame for me to miss out on those experiences. That period of time stuck with me, and in my later years, the longing for those mind-expanding experiences came again.

Returning to the 2011 era, I needed to process what I was feeling/thinking/experiencing, so I developed a form of visual journaling that relied on an abstract language of forms and shapes. You will recognize the most prominent of those shapes as the arrow and the portal. These shapes came from various sources and don’t directly mean anything on their own, but they hold a lot of meaning for me. These representations are, after all, abstract.

For years, I maintained and refined this abstract language I was coming up with and came up with over 400 thoughtful concepts that have been archived and are now being released in the form of a fine art print project known as The Trap Vector.